Fast Chargers Begin to Roll Out on CT’s Interstates 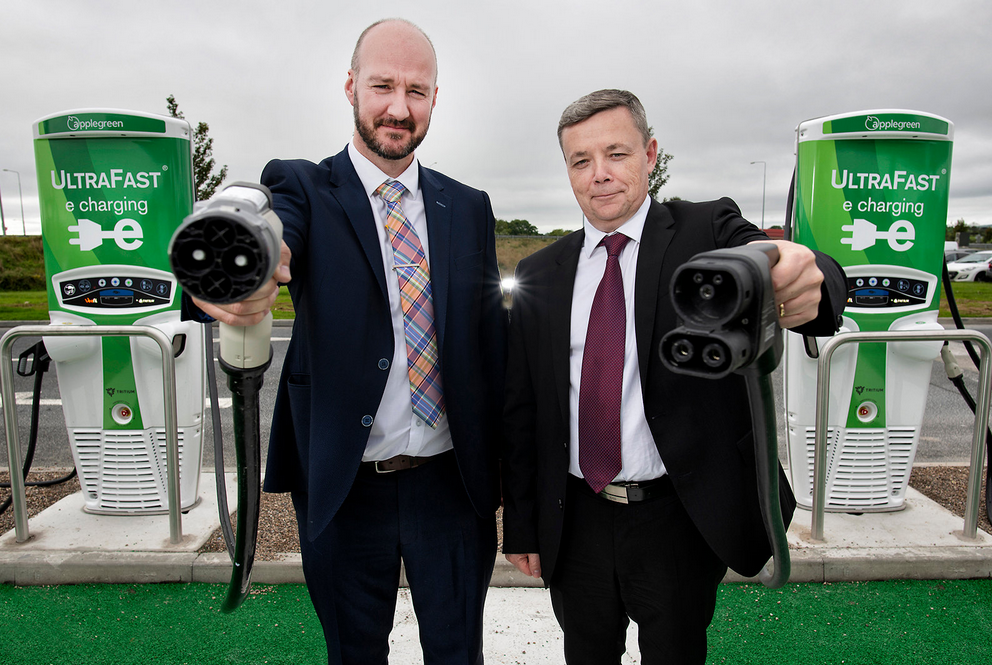 MADISON — As part of the state’s efforts to shift to cleaner energy sources and to encourage the use of emission-free cars, the first universal electric-car chargers have been installed in a Connecticut service plaza.

A rest stop on Interstate 95 southbound in Madison, between exits 61 and 62, is the home to two new universal electric-car-charging stations that were unveiled Friday.

The stations will be the first among many to be installed at public parking lots or service plazas in the coming months, state Transportation Commissioner Joe Giulietti said.

“We want to do everything we can to make it as environmentally responsive and be good stewards of the public’s money,” Giulietti said. “No longer will a motorist have to search the back roads and reroute their GPA to find a universal charger. Families and travelers can make a quick stop, charge up, grab a snack or coffee, and get back on the road to their destination and enjoy their summer plans.”

The stations were privately funded by Applegreen Electric, an Irish company that has been around for three decades and first launched U.S. services in 2014, according to Applegreen CEO Eugene Moore.  Applegreen acquired 40% ownership of CT’s 23 highway service plazas in 2019.  To allow for long-term capital-intensive highway and electric vehicle charging infrastructure projects, Applegreen went private in 2020 in a deal with Blackstone’s infrastructure group.

“This program is to roll out 100 percent coverage of the plazas in Connecticut,” Moore said. “We started this in 2014, and we’ve learned a lot of lessons along the way and one thing we know for sure is this is the way of the future.”

The Madison service plaza is home to the first universal open-access charger installed by Applegreen in the state, he said.

The first-come, first-serve charging stations cost about $0.35 per kilowatt and require a credit card, according to the statement. The stations can fully charge most electric vehicles in about 30 minutes, and offer two types of level three charger holds to ensure all electric cars are covered and compatible.

Tesla-specific chargers are already available at many Connecticut service plazas, including the Madison rest stop.

Not only do electric cars save the user hundreds of dollars annually on fuel costs, but carbon emissions are significantly cut by the electric option, Energy and Environmental Protection Commissioner Katie Dykes said.

“Scaling up EV deployment across our state is a major component of our strategy to achieve our greenhouse gas emissions goals and mitigate the climate crisis before it’s too late,” Dykes said.

“The transportation sector is responsible for the majority of our greenhouse gas emissions — 38 percent—and 66 percent of nitrogen oxide emissions, a significant contributor to harmful air pollution in our state. A key aspect of consumer adoption of EVs will be ease of use, ability to access charging infrastructure conveniently, and ability to charge quickly.”

Reposted from CT Insider with additions.